B/NL – The new PromZ Product, organised by Het Portaal Uitgevers, successfully celebrated its premiere in Belgium and the Netherlands on January 28 and 30, 2020, respectively. The event combines several roadshows that had previously been held separately in January, in two individual shows. In this way, with immediate effect promotional products distributors from the Netherlands and Belgium have the opportunity alongside the Leveranciersdagen in the autumn, which Het Portaal also organises, to inform themselves at the start of the year about the market’s novelties and trends in one location. 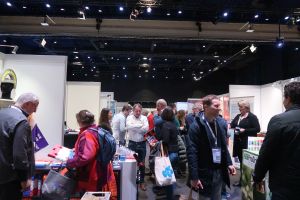 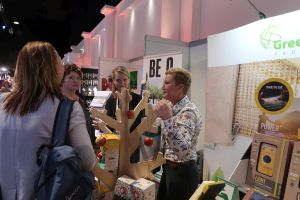 According to the organisers, 80 exhibitors and 565 visitors accepted the invitation to the NBC Congress Centre in Nieuwegein (NL) on January 30, whereas the venue at the Brabanthal in Leuven (B) on January 28, attracted 328 visitors who inspected the product novelties of 70 exhibitors. Furthermore, during the show interested parties were able to attend a lecture by Nik Schotsmans from the sports marketing agency, Sportizon, as well as the award ceremony of the Product Media Specialists of the Year Awards. A catering service was provided at both locations. After the trade show, the exhibitors and visitors had the opportunity to bring the day to a close in a relaxed atmosphere at the New Year’s Reception.

A successful concept that was not only underlined by the hard figures, but also by many positive exhibitor statements. The Het Portaal Director, John Swaab, also drew a positive balance: “The two shows were very well attended; both the exhibitors and the guests are satisfied – it was a successful event all-round. We will definitely repeat it next year”.