Expo 4.0: Textiles and technologies under focus

Expo 4.0: Textiles and technologies under focus

D – It was awaited with trepidation, this year’s edition of the Expo 4.0, which was staged at the Stuttgart Exhibition Centre from January 30 – February 1, 2020. The event that takes place every two years, unites the three trade shows, the TV TecStyle Visions (textile customising and promotion), the GiveADays (promotional products and haptic advertising) and wetec (advertising technology, digital printing, luminous advertising and digital signage). The POS Masters (POS marketing), which had been integrated into the event twice in previous years, is no longer included.

There was a premiere this year: For the first time the Messe Stuttgart organised the event itself – it purchased the event from the publishing company, Verlagshaus Gruber, and the other co-organisers in the autumn of 2018. According to the official figures, at the Expo 4.0 in total 421 exhibitors presented their wares and fares to precisely 12,518 trade visitors, who came from the trade as well as from service providing and marketing sectors. 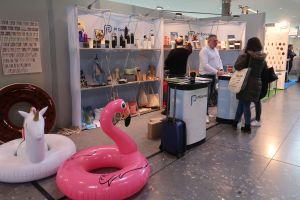 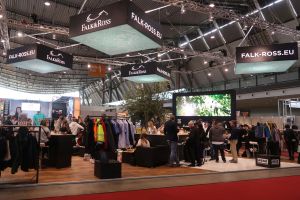 The TV TecStyle Visions formed the core of the event as usual. The rock of the trade fair alliance occupied Hall 1 and confirmed its position as the leading trade show of its industry: With a total of 262 exhibitors from Germany and abroad (2018: 270 exhibitors) almost all of the relevant companies from the European textile and customising industry were represented. Conversely, the GiveADays recorded negative growth: Whereas 128 exhibitors occupied their own presentation space in Hall 6 at the trade show two years ago, this year’s edition only united 56 exhibitors – including both suppliers of haptic advertising as well as promotional products agencies – in the foyer to Hall 1.

The exhibitors of the TV TecStyle Visions were in general very satisfied and praised both the attendance figures and the internationality of the guests. The opinion of the companies that exhibited at GiveADays were very varied – some of the exhibitors assessed the stand locations in the foyer positively because all of the visitors had to pass through this area and it was thus easy to become engaged in dialogues. Other exhibitors complained about the location and confirmed that the majority of the visitors were obviously less focused on haptic advertising and were mainly interested in the textiles and customising segments.

The next edition of the Expo 4.0 is scheduled to take place in Stuttgart again from February 10-12, 2022. According to the organisers, the venue date has been reserved. A detailed report on this year’s edition will be published in eppi magazine No. 133 (February 19, 2020).