F – According to the official accounts of the organisers, 656 Editions, at the 13th edition of the CTCO that was held from February 4-6, 2020 at the Eurexpo in Lyon, 325 suppliers of haptic advertising presented their spectrum of products and services, including 87 first-time exhibitors. As already in the previous years, the level of internationality was high – transnational operating specialists and full-range stockists exhibited their line-ups. As in the past years, the C!print took place in the neighbouring exhibition hall, parallel to the CTCO. More than 250 providers demonstrated their printing, customising and individualising services. Furthermore, both the CTCO and the C!print offered a comprehensive and attractive supporting programme with workshops and lectures on diverse themes. There was an own area dedicated to individualising at the C!print where live practical demonstrations took place. 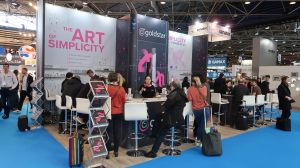 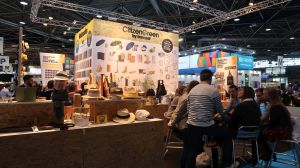 With 11,192 visitors, according to official sources, the CTCO recorded a 2,6% increase over the previous edition (10,909). 16,593 visitors attended the C!Print. It was particularly busy on the second day of the show, the CTCO was very well-attended, the exhibitors reported that they had held intense dialogues with well-prepared and interested trade visitors. The good organisation of the event was praised together with the pleasant, casual get-together on the second evening of the fair at which culinary delights were served in a relaxed atmosphere.