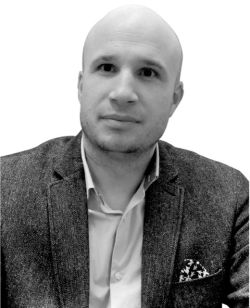 F – The French supplier group, Les Specialistes, has appointed a new President: Serge Birecki. The 39-year-old was previously employed by the Paris-based gadget specialist, Pixika, for ten years, originally as the company’s COO and later as Managing Director. His tasks included the implementation of an ERP system and several eCommerce portals, the development of the supply chains as well as being responsible for the product development. In his new role, Birecki intends to push the themes digitalisation and multi-channel communications within the supplier group, as well as promoting the expansion on the international markets as a strong brand with French roots.

Les Specialistes currently comprises of 21 members, including promotional products importers and manufacturers as well as printing and IT service providers. Each member is a specialist in a certain area, whereby overlaps between the product ranges are avoided. In addition to French firms, several foreign companies also belong to the group, which as an independent company has the structure of a SAS (Société par actions simplifiée), i.e. of a “simplified stock corporation” under French law. In addition to the exchange of information and networking, the consortium enables its members to benefit from joint marketing and trade fair activities as well as granting them access to a web portal for selling goods via associated partners of the promotional products trade.