PSI 2020: Plenty of need for discussion

PSI 2020: Plenty of need for discussion

D-This year’s PSI Show was staged from January 7-9, 2020 at the Düsseldorf Exhibition Centre. The event was characterised by many innovations and novelties, a strong focus on the trend theme sustainability and a high level of internationality, but also by a decline in the number of exhibitors and visitors. As in the previous year, the “Leading European trade show of the promotional products industry”, which has been organised since 1963, was held parallel to the PromoTex Expo and viscom as part of the trade show trio “The World of Advertising and Selling”. Contrary to the premiere in 2019, this time there were no admission controls between the individual shows, which meant that the PromoTex and viscom visitors were allowed unrestricted access to the PSI. A further innovation: Upon the invitation of a promotional products distributor, end customers were permitted to visit the show on all three days and were not visibly distinguishable from the other show visitors. Furthermore, one of the regular exhibition halls was not occupied with the aim of lending the show a more compact format. 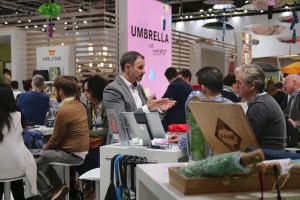 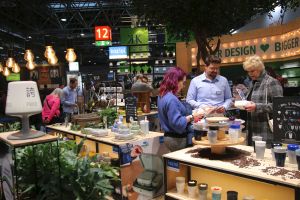 Many of these measures were a topic of hot discussion among the industry in the run-up to the event and also led in some cases to the emphasis of the dialogues at the PSI being placed more on the show itself rather than on the actual business. That otherwise so typical PSI feeling, which had often in the past triggered off a spirit of optimism and which promotes a dynamic start into the new business year, was only sporadically noticeable.

According to the most important key figures of the show, the organisers, Reed Exhibitions Germany, had to face negative growth. For example, according to official accounts, the number of exhibitors declined from 772 down to 720, the exhibitors of the PromoTex Expo dropped from 127 down to 110. Some of the well-known names were not present, especially among the textile companies at the PromoTex Expo. By all appearances, several exhibitors had reduced their exhibition space, at least larger parts of several halls remained empty. 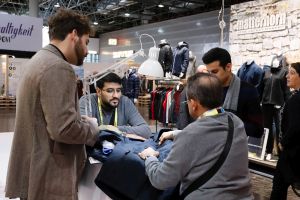 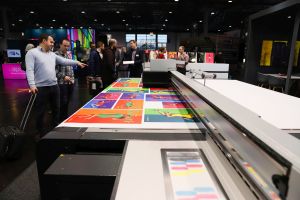 Due to one hall not being used, less space was occupied overall. As a result, it was at least not as noticeable that the frequency of visitors across the PSI area was lower, the traditionally strongest second day of the show seemed very lively. However, the certified attendance figure that is determined according to the uniform definitions of the FKM – Society for voluntary control of fair and exhibition statistics – recorded a 7% decrease in the figures compared to the previous year: Accordingly, this year’s PSI Show was attended by 16,367 visitors (17,602 in 2019). The number of industry customers was not explicitly mentioned in the official final report of the PSI – however many exhibitors reported that the contact with industry customers at their exhibition stands hadn’t played a decisive role. In spite of the negative growth, the majority of the exhibitors assessed their participation to be a success, be it in terms of new customer acquisition or with regards to grooming existing customer contacts. Particularly the high share of international visitors (from 81 countries in total) is an important reason why export-oriented suppliers fly their flags at the event.

There was a strong focus on the theme sustainability, many of the exhibitors used certifications and ecological products as advertising. Natural colours dominated the appearance of the show. Technical products and drinkware are also still very much en vogue. Overall – according to a statement by the PSI Director Michael Freter during the PSI Press Conference – more than 500,000 products were on display.

In spite of diverse points of criticism regarding the concept and organisation of the show, the PSI is highly appreciated by many market players as a trend barometer, international networking platform and as a representation of the industry. Hence, when the 58th edition closed its doors, the majority of the opinions voiced expressed satisfaction, underlined the standing of this platform and the unique professionalism of the presentation of the exhibition stands. Nevertheless, there is evidently need for discussion concerning the further alignment of the show and what concrete form it will take on, as the discussions in the social media following the show are demonstrating.

A detailed report on the show with numerous impressions, company and product novelties will appear in the next issue of eppi magazine No. 133 (February 19, 2020).