UK – This year’s September edition of the Merchandise World was held in the Marshall Arena in Milton Keyes, England on September 11, 2019. According to the official figures, at the event that is jointly organised by the British industry service provider Sourcing City and the BPMA (British Promotional Merchandise Association), 125 promotional products suppliers (2018: 131) presented insights into their product line-ups at in some cases elaborately designed exhibition stands. In addition to best-sellers and novelties from the world of haptic advertising, the exhibitors also showcased numerous sustainable items. Exhibited in the newly created exhibition zone, “Eco World”, the products manufactured under eco-friendly aspects attracted special attention. The exhibition area called “Branding World”, where different products were customised live, also celebrated its premiere. 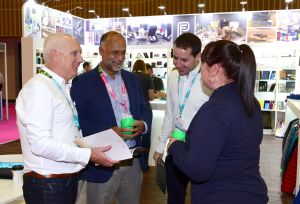 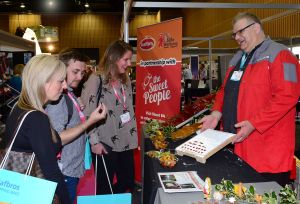 In total 576 representatives of the British promotional products trade (2018: around 400), including according to the organisers employees from almost every large, British advertising agency, gained inspiration for their business, got to know new promotional products manufacturers and importers and renewed their existing industry contacts. In addition to the classic exhibition stands, as usual special lounges were installed, where exhibitors and visitors could meet up for pre-arranged discussions.

The coming winter edition of the Merchandise World is scheduled to take place at the Ricoh Arena in Coventry on February 12-13, 2020.