PL – This year’s – the eleventh – edition of the Marketing Festival/Print Festival was staged in the Polish capital Warsaw on September 18 and 19, 2019, as usual in the Expo XXI event centre. Mainly suppliers of haptic advertising exhibited in Hall 1 – including internationally operating full-range stockists and specialists together with several promotional products agencies and event organisers. Hall 3 was occupied by printing specialists, who demonstrated their machines, customising techniques and services. According to official accounts, around 270 companies exhibited, the attendance figure was not available at the time of going to press. Evidently and according to the assessment of diverse exhibitors, the event that is organised by the Katowice-based publishing company, OOH magazine, was well-attended. The suppliers from the haptic advertising sector presented the entire spectrum of haptic advertising. One of the main focuses: “Green” or sustainable products, which were presented at matching exhibition stands of an attractive – naturally green – appearance. 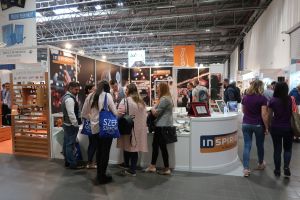 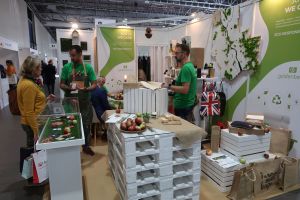 The trade show, at which awards for haptic advertising – for example the “Super Gift” – and POS presentations were conferred again, was rounded off by a lecture programme on the themes “Marketing Mix” and “Event Mix”. Finally, the party on the first evening of the event, which offered the opportunity to exchange ideas in a sociable atmosphere, put everyone in high spirits.