NL – The Leveranciersdagen were staged on September 5 and 6, 2019, for the second time at the Expo Houten, near Utrecht. According to the organisers, 1,198 visitors (2018: 1,158) from the Dutch promotional products industry gathered information about product trends, established new contacts and exchanged ideas. According to the official figures, 150 exhibitors (2018: 142) from 12 countries presented their wares and fares at the trade show organised by the Dutch communication service provider, Het Portaal Uitgevers. As such, in addition to the relevant Dutch suppliers, several newcomers as well as numerous manufacturers and import companies from other parts of Europe provided fresh impetus. Overall, the visitors were offered a rich product mix, enhanced by a lecture programme, which interested parties could follow per headphone – undisturbed by the hustle and bustle of the fair. Once again this year, the Leveranciersdagen were supported by the Dutch promotional products association PPP (Platform Promotional Products). 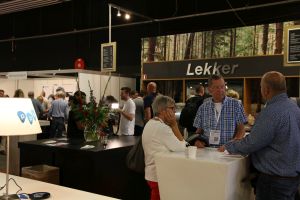 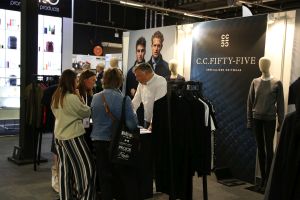 According to the organiser, John Swaab, Director of Het Portaal, 396 guests routed for the award-winners during the award ceremony at the traditional “Night of the PromZ“ on the first evening of the trade show. The following were ultimately delighted at picking up a prize at the end of the evening: Webo Promotion (“Leverancier van het Jaar”), Maxilia (“Best Online Performance”), Xindao (“Supplier Specialist”) and Interall Group (“Supplier Generalist”).

A detailed report will be published in Werbeartikel Nachrichten No. 390 (September 18, 2019).