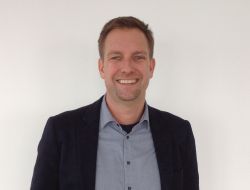 D – As the Dutch full-range stockist Giving Europe announced to its customers in a letter, Olaf Fischer, Managing Director of the German subsidiary, Giving Europe GmbH, in Bremen, has decided to leave the company at the end of September 2019. According to the release, over the past three years he has “in his capacity as Managing Director significantly contributed towards raising Giving Europe to the next level.” Joost van Helden, CEO of Giving Europe’s owner, Favorite Gifts, added: “We thank him for his cooperation and commitment over the past years and wish him every success for his future career.”