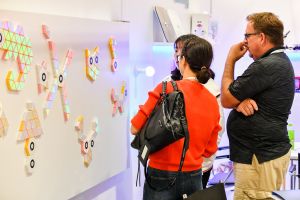 The event is jointly organised by ComAsia Limited and Idea Trade Limited. According to the official figures, the event attracted over 51,000 visitors from 132 countries in 2018. 3,972 exhibitors from 33 countries and regions presented their novelties and underpinned the reputation of the Mega Show as one of the most significant sourcing shows in the Far East.

Registration for professional trade buyers as well as a special sponsorship program for international buyers are available on the show’s website.