PSI opens to industry customers on all days

PSI opens to industry customers on all days 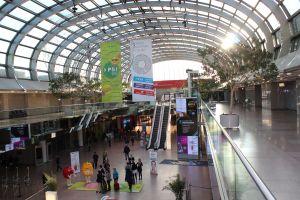 D – As PSI Director, Michael Freter, announced in an interview with the PSI Journal, that from 2020 onwards the PSI Show will be open to industry customers, who are invited to visit the show by PSI promotional products distributors, on all three days. “The PSI Distributor and Exhibitor Advisory Committee agreed to this with a consistently large majority as there was displeasure on all sides,” stated Freter.

The former arrangement that only granted industry customers access to the trade fair on the third day had led to distributors and consultants, who hadn’t invited any customers, concentrating more on the first two days of the show, and this was the reason Freter gave for the decision. The distributors, who had invited customers, were allegedly also not satisfied with the one-day solution. “At the same time, there were increasing signs that industry customers had been ‘illegally’ smuggled in on the first and second day of the trade show. So there is a need for action because ultimately this would have had an adverse effect on our PSI Trade Show.”

As in the past year, the PSI will once again be staged parallel to the PromoTex Expo and the Viscom. Freter: “Our aim is to stimulate the synergies between haptic, textile and visual communication and to offer exhibitors and trade visitors alike a variety of networking opportunities, live experiences, trends and innovations from across the market.” Evidently a relaxation of the admission restrictions for the PromoTex Expo and Viscom visitors enabling them to attend the PSI is foreseen, because according to Freter: “The trade visitors of the three trade shows will thus receive access to the entire world of advertising and selling. That is an opportunity, not a risk.”

The PSI 2020 is scheduled to take place from January 7-9, 2020 as usual in the exhibition halls of the Düsseldorf Exhibition Centre.