PSF Forum/Newsweek Switzerland: Ideas to the power of two

PSF Forum/Newsweek Switzerland: Ideas to the power of two

CH – The Swiss trade show duo comprising of the PSF Forum and Newsweek Switzerland was staged at the Environment Arena Spreitenbach near Zurich on May 21 and 22, 2019. Promoswiss, the Association of the Swiss Promotional Products Industry, is the organiser of both events. Whilst exclusively promotional products distributors are allowed to visit the PSF Forum, the Newsweek Switzerland is based on the established concept of the German GWW-Newsweek that is conducted in cooperation with the German Promotional Products Association GWW: Promotional products distributors invite their customers to attend the Newsweek, where they can be advised at the stands of the supplier partners. 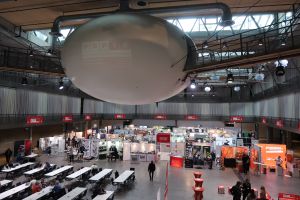 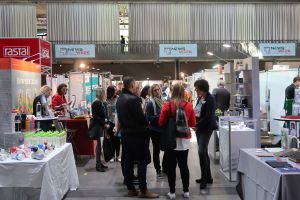 Over 80 exhibitors presented their novelties at the two shows. Eight distributors in total – BB Trading, Bücheler, cadolino, Eckert, Kaiser, Promidea, Promonova and Racol – participated in the Newsweek Switzerland as sponsoring agencies. According to the official statements, the attendance figure of both events together was over 650 visitors. Whereas according to a press release of Promoswiss, the PSF Forum registered a small decline in the number of visitors, the attendance of the Newsweek increased by around 20%. Overall, the Newsweek was much livelier than the PSF Forum. The organisers are thus considering streamlining the PSF Forum in future and reducing it down to an afternoon event.

In general, the conclusion of the organisers, exhibitors and visitors was mostly positive: Among others the volume of concrete enquiries, the smooth organisation, the pleasant atmosphere as well as the impressive event hall, which according to the operator is the “most sustainable event location in the world” were praised.

Furthermore, the award ceremony of the Promoswiss Award took place on the evening of the first day of the show. The atmospheric lamp Kooduu by Intraco was voted as “Innovation of the Year”. The edible coffee cup Cupfee by KW open won the “Promotional Product of the Year” award. And the burger kit created by Pandinavia for an onpack campaign of the Feldschlösschen brewery picked up the award for “Campaign of the Year”.