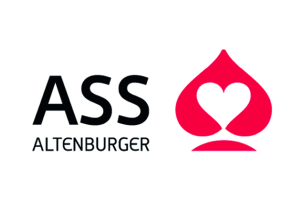 D – With a turnover of just under 30 mil. Euros, the playing card factory Altenburg/ASS Altenburger has announced record figures for 2018. The volume in the three business areas Consumer Products, Promotional Services and Games Manufacturing Services rose by 7% for the production of cards and by 42% for the production of entire games. The driver of this positive development was stated to be on the one hand the current boom on the games scene, which ASS Altenburger produces for via its business unit Games Manufacturing Services and secondly according to a corresponding press release this is attributable to successful promotion campaigns, such as the Christmas campaign of the Rewe Group, for whom the company produced millions of packs of cards of the brands Uno, Monopoly Deal and co. For its retail collection, the firm mainly concentrated on the expansion and development of new playing card series as well as on the sales of the games of Lookout Games and Rio Grande Games.