DK – This year’s Myvendo Fair took place at the Odense Congress Center in Odense, Denmark on March 6 and 7, 2019. For the third edition, the trade fair that is organised by the company of the same name, relocated to a larger exhibition hall, because the number of exhibitors had increased significantly compared to 2018: According to the organiser and Myvendo founder, Ole Larsen, 128 suppliers (2018: 93 suppliers) presented their products and services to the visitors from the Danish and Scandinavian promotional products trade. The share of international exhibitors was remarkably high and had increased once again compared to 2018. The exhibitors, who came from both Scandinavia and Western, Central and Northern Europe are an indication for the high standing that the Myvendo has meanwhile attained as a trade fair platform in the Northern European zone. 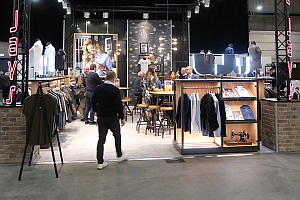 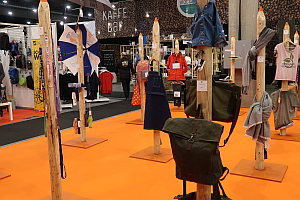 A spacious lounge in the centre of the hall with free coffee provided a feel-good atmosphere, several special areas were used to present individual product highlights in the appropriate setting. According to own accounts, the organisers registered around 750 visitors (2018: 620 visitors) over the two days of the trade show. Many exhibitors praised the high quality of the contacts as well as the organisation by the Myvendo team. Among others, the exhibitors were very positive about the fact that the visitor guidance was arranged as a round tour, like last year, which meant the visitors were automatically led past every stand.