UK – 5,000 hot and soft drinks, 3,000 sandwiches and bags of crisps, 80 kg of pick’n’mix sweets – and with 1,348 visitors from the British promotional products trade a 25% increase compared to last year: The official result of the Merchandise World, the winter edition of which was staged in Stoneleigh, England on January 30 and 31, 2019 was impressive. “Even though the British weather decided to snow, the promotional merchandise trade still gathered in impressive numbers,” according to the British industry service provider, Sourcing City, which organises the event jointly with the BPMA (British Promotional Merchandise Association). 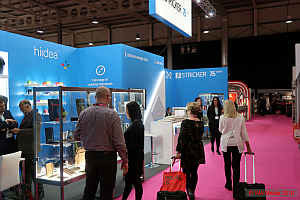 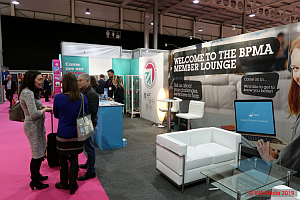 217 exhibitors (January 2018: 172) from the UK and Mainland Europe presented their wares and fares in the NAEC Exhibition Centre. As usual, the event offered both classic exhibition stands as well as special lounges where the exhibitors and visitors could meet up for previously-arranged discussions. Sourcing City customers and members of the BPMA and the Sourcing City Purple Club as well as the relevant British catalogue and buying groups alongside promotional products distributors that are not members but whose turnover exceeds 100,000 pounds a year are granted access to the Merchandise World – in this way the organisers aim to secure a certain quality level among the visitors. Indeed many of the exhibitors praised the high quality of the contacts as well as the good visitopr frequency.

On the eve of the trade show, the BPMA once again staged its Education Day comprising of lectures and workshops, whilst the evening of the first day of the show was dedicated to the festive BPMA Award Dinner, at which the association confers its annual awards.

The summer edition of the Merchandise World is scheduled to take place on September 11, 2019 at the Marshall Arena in Milton Keynes, followed by the winter edition at the Ricoh Arena in Coventry on January 12 and 13, 2020. A detailed report will be published in eppi magazine No. 127 (February 20, 2019).