I – The 19th edition of the Promotion Trade Exhibition – PTE – was staged in Hall 3 of the Fiera Milano City from January 23-25, 2019. The event was organised for the third time by the Fiera Milano itself, who purchased the PTE in 2016 from the founders of the trade show, the Italian publishing company, O.P.S. 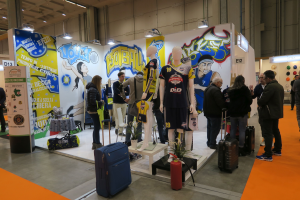 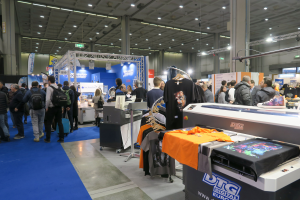 According to official accounts, more than 160 exhibitors presented their wares and fares to the trade visitors on two zones – orange carpets denoted the suppliers of haptic advertising – and blue carpets labelled the suppliers of customising techniques or machines. The entire spectrum of haptic advertising was demonstrated at in some cases extremely elaborate and CI-compatibly designed exhibition stands. Both internationally operating full-range stockists as well as specialists were among the exhibitors, some of whom came from diverse European countries. A business-like atmosphere prevailed above all on the second day, the exhibitors held good discussions and generally praised both the quality and quantity of the visitors as well as the good organisation.

The exact attendance figure was not available at the time of going to press. However, last year’s number of visitors appears to have been matched if not topped, above all the second day was very well-attended, (2018: 4,689 visitors). An extensive seminar and lecture programme primarily on customising techniques accompanied the trade fair in the pte lab area, which was organised by experts from the respective technical fields.