E – The eleventh edition of the Promogift – Salón Internacional del Regalo Promocional y Maquinaria para Personalización – was staged in Hall 12 of the Madrid Exhibition Centre on January 15-17, 2019 amid glorious sunshine and during the day almost spring temperatures. The trade show is organised by Ifema and the two Spanish industry associations, AIMFAP and FYVAR, support the event that is exclusively open to trade visitors. 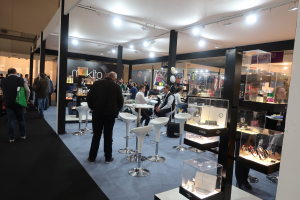 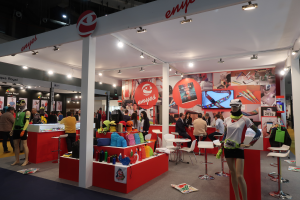 According to official accounts, 415 exhibitors, represented companies and brands exhibited at the show, which corresponds to a growth of 5% compared to the previous year (2018: 393). The exhibitors came from 26 countries (2018: 24), there were also many specialists alongside the big, internationally operating full-range stockists. The exhibitors comprised of the importers, manufacturers and distributors of haptic advertising solutions and customising machines.

At the time of going to press, it was not yet confirmed as to whether the anticipated 6,500 trade visitors actually attended the fair (previous year: 6,375 visitors). It namely appeared to be slightly quieter on the first exhibition day compared to the previous year, however that didn’t curb the high spirits of the exhibitors, who were satisfied across the board. They praised the positive, high-quality discussions and are expecting to conclude good business deals in the follow-up to the event. Further growth is expected to be achieved within the industry in Spain and Portugal.