D – The PSI Show in Düsseldorf from January 8-10, 2019 kicked off the New Year with a premiere. At its 57th edition, the PSI was staged in association with two other shows for the first time – the newly created PromoTex Expo, designed as the international trade fair for Promotion, Sports and Workwear, as well as the well-known, but newly positioned viscom, the trade show for advertising technology and visual communications. With 1,084 exhibitors in total, the organisers Reed Exhibitions Germany claimed to have created the “biggest event alliance on the themes advertising and sales in Europe”. 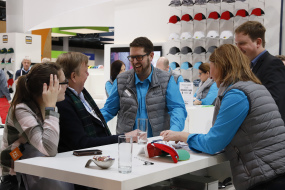 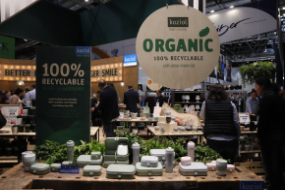 Sustainability remains one of the prevailing trends.

The debut had been awaited with trepidation and if the official attendance figure that was determined and certified according to the definitions of the FKM (Society of Voluntary Control of Fair and Exhibition Statistics) is anything to go by the show was a success: 17,602 visitors from 81 nations at the PSI correspond to an increase of 1.5% compared to the previous year. At 58%, the share of international visitors was high. However, the number of industry customers, who are only granted access to the show on the last day, declined by 15.7% from 1,200 down to 1,012. 1,700 industry customers were present at the premiere in 2017. The theme that caused a real stir within the industry over the past years, is currently not taking on as much significance as the discussions in the run-up to the show had indicated.

The PromoTex Expo directly attracted 13,217 trade visitors from 39 nations and the viscom was able to increase its poor result from 2017 (7,231 visitors) by over 30% up to 9,647 visitors from 53 nations. Particularly the big exhibitors at the PSI were mostly satisfied with the frequency and quality of the visitors, whereby there were differing opinions among the textile companies – especially on the first day of the show and depending on their stand location. Also the fact that the textile companies had been completely ousted from the PSI Areal and were forced to relocate to a new Hall remained a controversial issue, especially since this approach led to gaps in the trade fair layout of the PSI and the measure wasn’t implemented consistently either.

The new launch of the viscom which concentrated on the core disciplines advertising technology, large-format printing and printed embellishing was welcomed by the majority of the exhibiting companies, many of the exhibitors reported that the visitors had showed high interest. 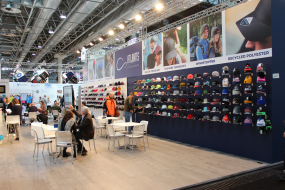 The textile companies presented themselves at the new PromoTex Expo in hall 13. 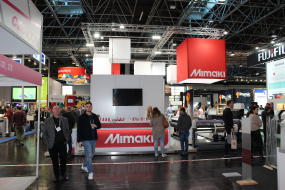 The high level of presentation and product quality at the PSI, which attained retail level at many of the exhibition stands, was particularly noticeable again this year. Sustainability is still the trend of the hour, many exhibitors presented products made of alternatives to plastic, but also fairly traded goods. Furthermore, the theme drinkware has gained in significance again. Fitness, footwear promotion, products with integrated lights, inductive charging stations as well as NFC-compatible items are also among the trend themes.

Overall – as so often before – a business-like and positive overall mood prevailed at this year’s PSI Show. There was no trace of a possible shadow clouding over the economic Outlook.