D – The former owner of the Senator group, the capital investment company Perusa Partners, sold the company to the CEO of Senator, Daniel Jeschonowski, on December 18, 2018. Perusa Partners purchased the Senator Group from Merz Pharma GmbH & Co. KGaA in June 2016. 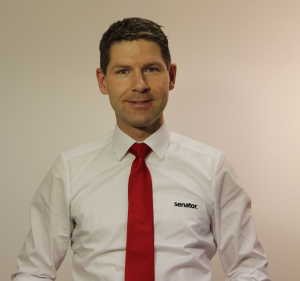 According to a press release, over the past two and a half years together with the local management team in Germany and the foreign subsidiaries Jeschonowski has succeeded in getting the core business back onto growth course and successfully restructuring Senator. The focus was placed on the customers and the themes quality, reliability and fast delivery were established as the company’s maxim. At the same time, the main factory in Germany was extensively modernised and almost three million Euros have been invested into machinery and processes to-date. The two plants in Harlow (Great Britain) and Cestas (France) have also been made fit for the future. “I am convinced that the entire group, as an entrepreneur-led company, will continue and expand the success story of recent years. I have incredible respect for the performance of the entire Senator team and the great dedication that we show to our customers every day,” stated Jeschonowski, who is liable personally for the company in future. The Production Director, Michael Monitzer, added: “The transition over to an owner-managed structure gives our customers and our workforce long-term security. As Germany’s largest manufacturer of plastic writing instruments for advertising purposes, we will continue to ensure that the entire added value is in-house. This extends from in-house development and construction, toolmaking, injection moulding, assembly and printing to logistics.”

Senator GmbH was founded in 1920 and as one of the largest individual operating units of the Senator Group today is considered to be one of the leading manufacturers worldwide for writing instruments, mugs and cups for the promotional products industry. Senator currently has a headcount of just under 300 employees at in total five locations worldwide and made a turnover of almost 40 million Euros in the fiscal year 2017. With subsidiaries in England, France, the Benelux countries and India, a sales office in Russia as well as exclusive partnerships, Senator products are represented in around 100 countries.