E – After three days, the fifth edition of the C!Print Madrid closed its doors on September 27, 2018 at the Pabellón de Cristal of the Casa de Campo in the Spanish capital. According to the organiser SC6 – a subsidiary of the French 656 Group (CTCO) – the largest event of its kind in Spain recorded an attendance of 12,934 visitors, which corresponded to an 8.7% increase compared to 2017 (11,901 visitors). Once again, the show offered exhibitors and visitors from the visual communications, printing technology, POS, design, promotional products and textiles sectors an extensive platform. “The C!Print has become the benchmark event in Spain,” according to the Marketing Director, Aurélie Lamandé. “We were able to welcome more than 250 exhibitors this year, including over 50 new companies.” 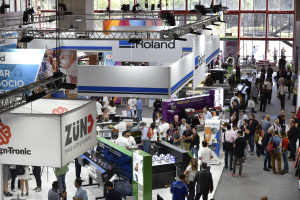 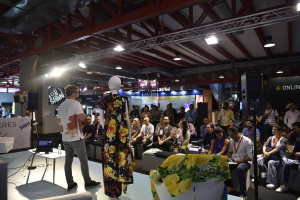 According to official accounts, more than 40 conferences, workshops and podium discussions, some of which featured renowned and well-known experts, enhanced the trade show together with several special zones. As in the previous years, around 40 suppliers for haptic advertising and promotional textiles exhibited in the CTCO area. Personalising workshops took place in the “Plug & Play“ special zone: In cooperation with the software supplier Photo Center 3D, an online shop was installed that enabled the visitors to place online orders and follow their implementation live for concrete products. The new “C!Sign” zone was dedicated to light communications and sign making, whilst a second new area, “La Plataforma”, presented examples of application for personalised advertising surfaces, interiors and products – an offer that particularly also addressed architects, designers and communication agencies.

The next edition of C!Print Madrid is scheduled to take place from September 24-26, 2019.