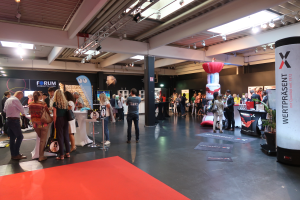 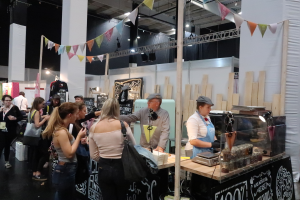 A – With according to the official figures 927 visitors and 82 exhibitors, the marke|ding| Linz celebrated a dynamic and successful premiere on September 20, 2018 under the motto “Highlighting you”. The event held in the tobacco factory in Linz replaced the marke|ding| plus in Wels, which was staged for the last time in 2016. As such, alongside the location in Vienna, Austria’s largest trade show for haptic advertising now also has a counterpart in the metropolitan region of Upper Austria. The sponsors of the marke|ding| Linz that is organised by Martin Zettl, marke|ding| e.U., are the two Austrian promotional products agencies, Forum Werbemittel and Wertpräsent Promotion. 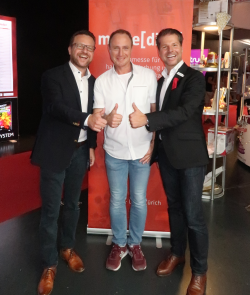 As a listed example of industrial architecture, which today accommodates among others numerous start-ups and agencies, the former production site of Austria Tabak formed an appropriate setting for the exhibitors, who presented a balanced mix of haptic advertising media. Several service providers and producers from related disciplines like advertising and event technology enhanced the portfolio. The lecture programme was a further highlight: Five famous speakers attracted a full house in the auditorium with current and relevant marketing themes.

Both the organisers and the exhibitors were highly satisfied with the debut of the marke|ding| Linz. Many of the exhibitors were totally surprised by the high number of visitors and praised the high number of decision-makers among the visitors from the trade, industry and business sectors. A continuation of the show is scheduled on September 19, 2019 at the same location.