SuisseEMEX ’18: Off to new shores

SuisseEMEX ’18: Off to new shores

CH – Amid hot summer temperatures, the twelfth edition of the SuisseEMEX was staged on August 28 and 29, at the halls of the Zurich Exhibition Centre on 12,000 m² of exhibition space, parallel to the second Digital Summit for small and medium-sized companies. As in the previous year according to the organisers – EMEX Management GmbH – together with the partner event, topsoft, the largest Swiss trade show for marketing, events, advertising materials and digital business once again attracted around 14,000 visitors to the exhibition halls this year. Among other things, the agenda included new congress formats and special areas. According to the official figures, the fair boasted around 350 exhibitors, the visitors were furthermore inspired by 20 keynote speakers and 100 experts, who lectured on themes to do with marketing of the future. 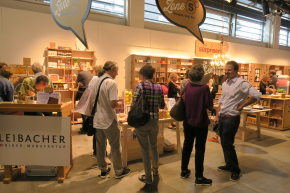 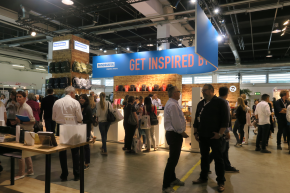 The suppliers of haptic advertising, such as the promotional products agency Pandinavia, were accommodated in Hall 3 as usual.

The haptic advertising specialists– both agencies and manufacturers and suppliers – were as usual accommodated in Hall 3. A totally relaxed atmosphere prevailed throughout. Even if some of the exhibitors complained that less market participants were flying their flags compared to in the past, they were satisfied with the high frequency of visitors and qualified expert discussions. Furthermore, on the evening of the first exhibition day, both exhibitors and visitors alike were offered the opportunity to network and exchange experiences at the industry party, the EMEX-Night, while enjoying drinks and culinary creations.

The organiser has announced major changes for the coming year. In 2019, allegedly a new format and a new setting will allow the show to satisfy the visitors’ needs more accurately. A further report on this year’s edition of SuisseEMEX will be published in eppi magazine No. 125 (October 10, 2018).