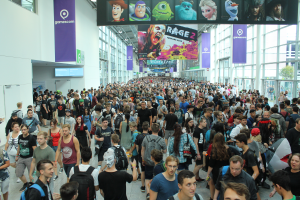 D – With around 370,000 visitors from 114 countries according to the organisers Koelnmesse, this year’s tenth edition of the gamescom was able to top last year’s record result of around 355,000 visitors. Under the motto, “Diversity wins”, 1,037 exhibitors (2017: 919, an increase of almost 13%) from 56 countries invited the guests to experience the whole spectrum of games as entertainment media, cultural heritage and digitalisation door openers from August 22-25, 2018 at the Cologne exhibition halls, spanning 201,000 m².

Whereas in the entertainment area the focus was on pure gaming fun – from consoles and PC games through to mobile and VR games, from action and adventure, to eSports presentations, through to family entertainment – in the fan shop arena the visitors had the opportunity to purchase among others collecting figures, cuddly toys and cosplayer items for true-to-detail costumes from the merchandising stands of around 80 suppliers. The give-aways distributed all over were extremely popular too, particularly T-shirts, fans, headwear and foldable stools made of cardboard, allowing the waiting time in the gaming area to be bridged more comfortably. 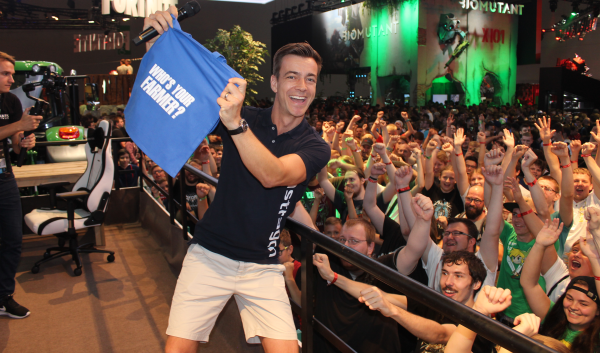 Promotional products, which – as here at the stand of the farming simulator – were thrown into the crowds, were popular trophies for the visitors.

Numerous game world premieres, a varied event and congress programme as well as a concluding city festival in the city centre of Cologne with music and street food contributed towards the jubilee edition of gamescom being a diversified experience totally in line with this year’s motto.