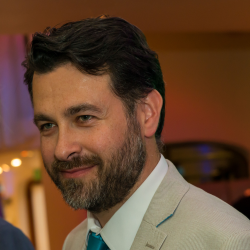 UK – As announced by the BPMA (British Promotional Merchandise Association), Jon Birrell was named the new CEO of the British industry association. Birrell, most recently employed as Head of Marketing of the British promotional products agency, GeigerBTC, will take up his new position in the fourth quarter of this year. He succeeds Gordon Glenister, who, after spending over ten years as Director General of the BPMA, would like to turn to new challenges.

“We are thrilled to have someone of Jon’s calibre join the Association,” stated the BPMA Chairman, Graeme Smith. “He is highly regarded and respected amongst his peers and his understanding of the entire supply chain from manufacturing through to the end user engagement makes him the perfect candidate to drive the Association forward. He is a highly motivated individual, who is passionate to continue to build the reputation of our industry by reinforcing the benefits and value offered to members of the Association.”