Trodat Trotec Group: Record turnover in the first half of 2018

Trodat Trotec Group: Record turnover in the first half of 2018 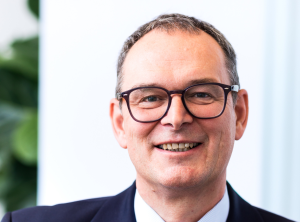 A – Trodat Trotec Holding has announced its results for the first half of 2018. According to company accounts, the specialist for stamps and laser plotters achieved a turnover of 122 mil. Euro in the first six months of the year and thus the best result in the company history of the group. According to own statements the holding company achieved a total turnover of more than 249 mil. Euros the year before, including 120 mil. Euros from the first half of 2017. “Quality, innovations and reliability are our key success factories in the toughly fought-out stamp and laser business,” explained Dr. Norbert Schrüfer, CEO of the Trodat Trotec Group. According to press releases, Trodat has been able to increase its market shares in Eastern Europe, Asia and South America. Furthermore, Trotec contributes towards the group’s growth with two-digit percentage rates annually.

The Trodat Trotec Holding unites the stamp brand Trodat and the laser brand Trotec under one roof. The group that is based in Wels, Austria, employs a headcount of around 1,550 people worldwide in just under 40 companies and is present in over 150 countries.