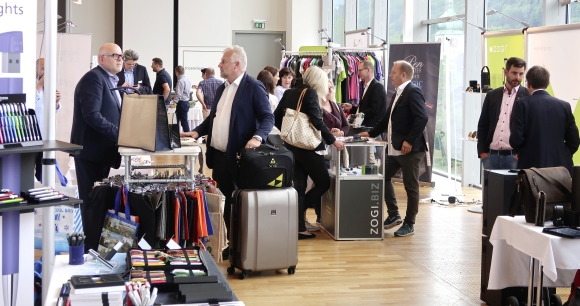 A – “The sense of touch is simply ingenious!“: With a passionate plea for haptic advertising, Kathrin Schneider opened this year’s summer meeting of the Austrian promotional products distributors association, VÖW, on June 14, 2018 at the Hotel Schloss in Waidhofen/Ybbs, Austria. In her speech, Schneider who was voted Vice President of the VÖW in 2017 gave an insight into the association’s activities and filled the new slogan “We love haptic advertising” of the group that was founded in 1991 with life. Subsequently 32 of the 41 VÖW-affiliated promotional products suppliers presented extracts from the product line-ups. The Promotional Product Service Institute (PSI) and Western Union, a service provider for the worldwide transfer of cash, were also among the exhibitors. According to the official figures, 21 of the 25 Austrian promotional products agencies that belong to the VÖW took the opportunity to inform themselves in detail about the novelties and refresh their product knowledge. Many of the members attended with several colleagues, took the whole day to visit the event and stopped at each stand. 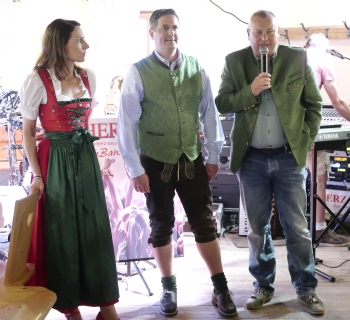 Following tradition, the participants set off for a quaint mountain lodge – clad in traditional folk costumes of course. Not only the musicians of the band “Herz Ass”, but also diverse show performances by new VÖW members ensured high spirits. The sweets specialist, Kalfany Süße Werbung, was elected Supplier Partner of the Year 2017. On the following day, Michael Reiter held a speech on digital networking. The Facebook expert demonstrated based on best practice examples, how efficiently social media marketing works. Following this representatives of the trading agencies of the association met up for an internal meeting. In addition to dealing with association formalities, among other things the fourth issue of the VÖW promotional products catalogue were on the agenda.