D – From June 4-14, 2018, the GWW-Newsweek took off through eight German cities and its 16th edition demonstrated once again how creatively and professionally the industry can present itself. With 3,960 visitors in total (4,214 visitors in 2017) the roadshow organised by the German promotional products association, GWW, proved once again that it is one of the most important venues on the event calendar. Under the motto “Promotional Artists”, the organisers paid tribute to the creative power of the exhibiting supplier partners and promotional products distributors, who showcased the “beautiful art” of haptic advertising in the scope of the customary concept: Accompanied by their consultants, end users, who were exclusively able to participate upon the invitation of the corresponding promotional products distributors are given the opportunity to get to know the novelties of the industry. In order to underline the topicality and attractiveness of the event, each exhibitor presented ten novelties, with the participation of around 90 suppliers that meant almost 1,000 new products. 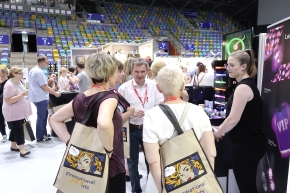 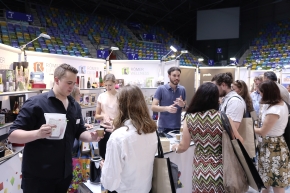 In the dual function of the artist and gallerist, the promotional products distributors guided their customers from 10 a.m. to 5.30 p.m. around the advertising exhibition in the locations Munich, Nuremberg, Stuttgart, Frankfurt, Berlin, Hamburg, Bielefeld and Cologne. In spite of the in some cases unfortunate conditions of the tour – among others a bad storm disturbed the schedule in Frankfurt – the response of the participants was very positive, as reflected in the summary of the GWW Managing Director, Ralf Samuel: “The start of the tour just after the Whitsun break and further hindrances had an adverse effect on the two kick-off events in Bavaria and led to a significant decline in the attendance figures in both Munich and Nuremberg compared to the previous year. However, the third day in Stuttgart made up for this and restored the complete satisfaction of the exhibitors, which remained intact the following day in Frankfurt in spite of the stormy conditions. Because up until the strong rainfall that occurred towards midday the attendance was extremely good. The second week impressed the exhibitors with enormous increases in the number of visitors in Berlin and Hamburg as well as an exceptionally successful premiere in Bielefeld and a satisfactory event in Cologne, where the Football World Cup already casted its shadow in advance.”