CZ – This year‘s Reklama Polygraf celebrated an anniversary: The “International Trade Fair for Advertising, Media and Printing” was staged for the 25th time in Prague. It was accompanied for the second time by the Obaly – a trade show for packaging innovations and technology. According to the organisers, 228 exhibitors and brands from ten countries exhibited at the PVA Expo Praha grounds on the outskirts of the Czech capital from May 29-31, 2018. Among them – preferentially in the Hall segments 3B and 3C – numerous suppliers of haptic advertising, including also internationally operating specialists. However, the suppliers of textile promotional items and customising techniques dominated the scene. The “Event Day” took place again parallel to the trade fair in a separate area. 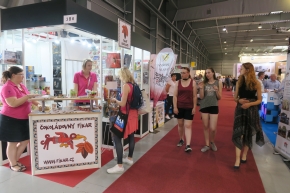 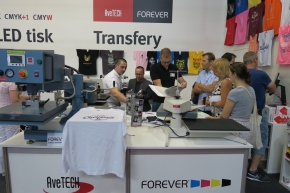 According to the official figures, the organisers welcomed 8.852 visitors over the three days of the show – keen interest evidently prevailed especially on the second day of the fair. The exhibitors reported that they had held fruitful discussions. A detailed report will be published in the next issue of eppi magazine (August 22, 2018).