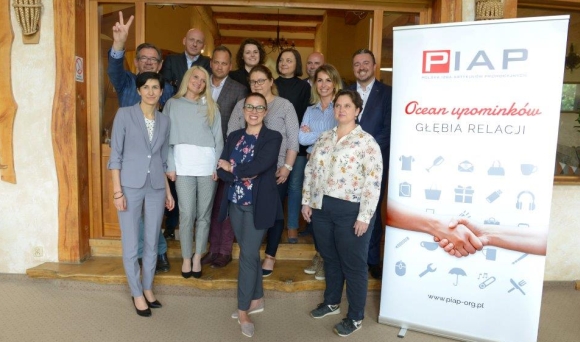 PL – At its General Annual Meeting that was staged in Rancho pod Bocianem, near Tarczyn, on May 18, 2018, the Polish industry association, PIAP, elected a new Executive Board and Audit Committee for the next two years. The Chairwoman Edyta Lisowska (Eblis B&L) was reelected, Anna Roszczak (Asgard) was appointed Vice Chairman, Jacek Kozłowski (Guapa Produkcja) Deputy Chairman. With immediate effect the remaining members of the Executive Board are Zbigniew Grzeszczuk (Paul Stricker), Wojciech Wąsowski (12M), Anna Tomal (Mart), Magdalena Humeńczuk (Inspirion Polska) and Beata Dobrowolska (EBK Reklama). Sebastian Piłka (Inter…Test), Iwona Dulińska (Kunszt), Zbigniew Zieliński (AWIH), Magdalena Owczarska (CiTRON Group) and Patrick Chrabkowski (Trober Polska) were appointed onto the Audit Committee of the PIAP. The former board was honourably discharged. Furthermore, during the course of the meeting the 2017 financial report as well as the action plan for the coming two years was confirmed. The PIAP currently has 170 members.

“We have been proving for many years that we can achieve much more in unison,” stated Edyta Lisowska. “Although every day we compete against each other for the attentions of the customers, each of us has one goal, which unites us: we want to build the image of the promotional product as an effective marketing tool. I am proud that together we shape good practices, educate the market and fight for the preservation of certain standards.”