CN – This year’s spring edition of the Canton Fair came to an end in Guangzhou, China on May 5, 2018. As customary, the import/export show that has been organised since 1957 was dedicated to different exhibition areas in three phases – April 15-19, April 23-27 and May 1-5 – which cover virtually all product groups – from machines to building materials, chemical and medical products through to gifts, consumer goods such as watches, bags and textiles. As usual, the second phase was the most relevant for promotional products importers from all over the globe. With according to the official accounts 203,346 buyers from 214 countries, the 123rd edition registered a 5.3% increase in the number of visitors compared to the spring event in 2017 and thus the best result for five years. 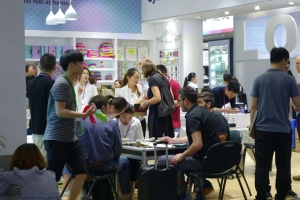 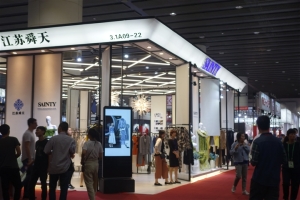 In comparison to the 121st edition in spring 2017, the number of buyers from America rose by around 13% and the number of European guests by 8%. More visitors travelled to Guangzhou from Africa, Oceania and Asia than last year as well. Overall around 330.1 billion US Dollars (approx. 25.5 billion Euros) were turned over – a 3.1% increase compared to the 2017 spring edition, which corresponds to the best spring result over the last four years.