D – On April 19, 2018 the marke|ding| Vienna invited marketing decision-makers and industry buyers to gain an overview of the service portfolio of the suppliers of haptic advertising and related marketing disciplines at the Hofburg Palace in the heart of the Austrian Capital. The trade audience that informed themselves about classic give-aways, innovative product novelties and extraordinary customising options in the magnificent halls of the historical building complex, had been invited to the event by several Austrian promotional products agencies, who sponsored the show. The circle of participating agencies who invited their customers to the fair increased from six up to seven this year: Forum Werbemittel, KW open, Mitraco, Nowak Werbeartikel, Pro Concept Promotion, SSI Schäfer Shop were joined by the newcomer Wertpräsent Promotion. 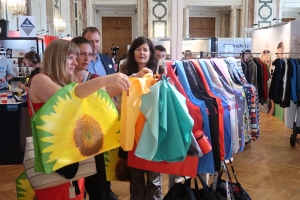 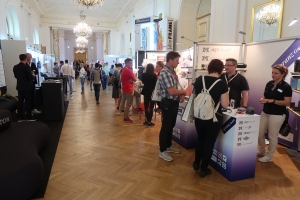 In the eighth year since its conception Austria’s largest promotional products show continued on its success course: According to the organisers, 129 exhibitors from nine nations presented their palette of products and know-how in the haptic advertising and visual communications segment at the former residence of the Habsburg family. With an overall attendance of 1,957 trade visitors (2017: 1,869) the stands were very busy. The trade fair was rounded off by a lecture programme, which offered background knowledge on the implementation of haptic messengers and on general marketing and communication themes.

Next year the marke|ding| Vienna is scheduled to take place on April 4. Previous to that, the trusted trade fair format will be celebrating its premiere at the Tobacco Factory in Linz on September 20, 2018. Here the marke|ding| is being sponsored by the two Upper Austrian promotional products agencies, Forum Werbemittel and Wertpräsent Promotion.