UK – After its premiere in September 2017, the second edition of the Merchandise World took place just four and a half months later: On January 31 and February 1, 2018 British and European suppliers welcomed the island’s distributors in Silverstone at the grounds of the traditional Grand Prix racing track. The event was jointly conducted by the BPMA (British Promotional Merchandise Association) and the British industry service provider, Sourcing City. 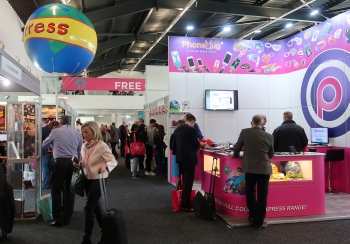 According to the official figures, 172 exhibitors and 1,017 visitors took part in the Merchandise World (September 2017: 200 exhibitors, 521 visitors). The concept of the Merchandise World once again combined a conventional promotional products show with “speeddating” for suppliers and distributors. The visitors were either able to visit the stands without prior appointments or could arrange discussions at the exhibitors’ stands or in a lounge specially organised for the purpose in advance. Participation in the show was limited: Both the visitors (exclusively from the trade) had to either be a BPMA member, Sourcing City customers or a member of the Sourcing City Purple Club. Furthermore, non-member promotional products distributors whose annual turnover exceeded 100,000 British pounds were able to attend upon the invitiation of exhibitors and after paying an admission fee. In this way, according to the organisers, the quality of the contacts is to be secured.

A thoroughly good organisation and small courtesies for the visitors such as free catering, a candy bar, mobile coffee and tea trollies, baskets containing various give-aways, free branded drinking water and an evening networking event brought the Merchandise World plenty of praise and full aisles. The majority of the exhibitors were thus very satisfied with the event.

The next edition of the Merchandise World is scheduled to take place on September 12, 2018 at the new Farnborough International Exhibition Centre. Then, a further edition in the Midlands will follow in January 2019 (probably in Stoneleigh).

There is no gallery selected or the gallery was deleted.