D – Sweets and snacks remain in demand and that across all sales channels – that is the conclusion of the International Trade Fair for Sweets and Biscuits, ISM, which was staged in Cologne from January 28-31, 2018. In total, the 48th edition of the product show organised by Koelnmesse recorded around 37,500 trade visitors from 144 countries (2017: almost 38,000 trade visitors from over 140 counties) and was thus able to confirm its position as an international business and networking platform. Top buyers from home and abroad took advantage of the offer of the world’s largest trade fair for sweets and snacks to inform themselves about the classics and trends of the 1,656 exhibitors from 73 countries (2017: 1,649 suppliers from 68 countries). 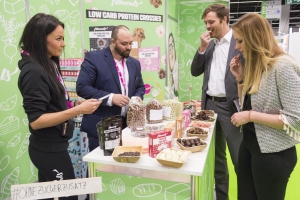 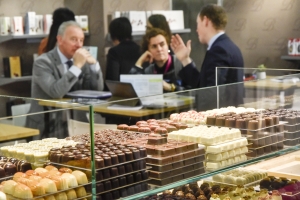 In 2018 the innovations included among others products containing protein, vegetable and fruit bars or food with reduced sugar content. The trade fair segment “New Snacks” that was introduced in 2015 and comprises among others of fruit and vegetable bars, to-go products and breakfast snacks also attracted high interest from the visitors this year. Start-ups were presented at the ISM for the first time this year: 14 companies that are not older than five years, exhibited under one roof and convinced with a diversified offer. The same applied for the “Newcomer Area”, which was fully booked with twelve companies, who also presented innovative ideas. As a new product group at ISM, coffee and tea had their own platform, supported by the practice-oriented supporting programme of the Coffee Cologne Forum and the “Coffee Street”. The lectures on the “Expert Stage” and the “Sweet Trends” special event were well-attended again at this year’s ISM. The ISM Award was conferred for the fifth time. The international prize pays tribute to exceptional services to the sweets and snacks industry.

The ProSweets Cologne was held parallel to the ISM again in 2018. According to the official figures, over 20,000 visitors attended the international supplier fair for the sweets and snacks industry – a significant increase in attendance compared to the previous year (2017: 17,000 visitors).

The 49th ISM is scheduled to take place from January 27-30, 2019, once again parallel to the ProSweets Cologne.