D – This year’s General Annual Meeting of the German promotional products association, GWW, took place on January 31 and February 1, 2018 at the Villa Stokkum in Hanau. The first day was reserved for the Section Sessions: The four sections Suppliers, Distributors, Brand Name Companies and Business Partners each met up separately and elected their Section Spokespeople – these Section Spokespeople are in line with the Articles of Association part of the GWW board, which has to be confirmed at the general meeting. After the Section Sessions, there was plenty of time for networking at the evening get-together. 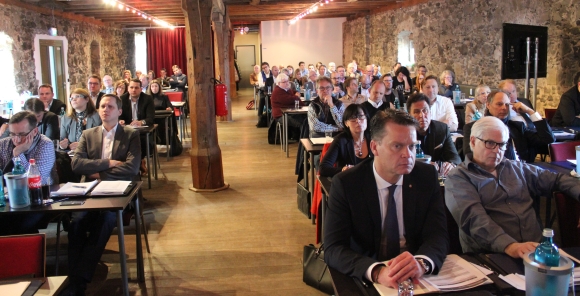 On the second day, the agenda started with dealing with the usual formalities. The Chairman, Frank Dangmann, reported that the number of GWW members had increased by 40 up to 352 members within the last year. After the coffee break an application to disband the Sections was discussed and the application was rejected in a secret ballot with 106 votes against the motion and 39 votes in favour (with one abstention). Then the election of the board was held: After the PSI waivered their right as laid down in the Articles of Association to appoint a person onto the board, the elected board now comprises of the Chairman Frank Dangmann and the respective Section Spokespeople: Jürgen Geiger (Geiger-Notes) for the Section Suppliers, Ronald Eckert (Döbler) for the Section Distributors, Sven Weiß (Brunnen & Eilers) for the Section Brand Name Companies and Martin Heinemann (CDH) for the Section Business Partners. 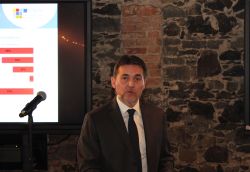 The GWW Chairman, Frank Dangmann, presented among others the figures from the current Promotional Products Monitor.

After lunch the following themes were addressed: GWW CEO Ralf Samuel reported about the success of the GWW shows, Trend and Newsweek, Manfred Schlösser (Edit Line) outlined initial considerations for a “Pro Promotional Products” Working Committee, which aims to bring about an improvement of the PR work for the promotional product. Furthermore, Ronald Eckert reported about the result of the meeting of the Quality Seal Working Committee. There is also a Working Committee for Digitalisation, which brought the agenda to a close by outlining its considerations to the members.