CTCO + C!print: A must-attend event on the trade fair calendar

CTCO + C!print: A must-attend event on the trade fair calendar 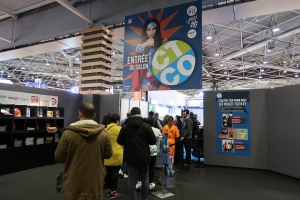 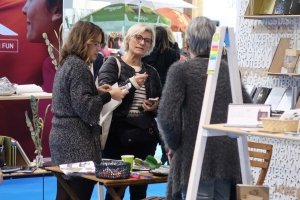 F – The 11th edition of the CTCO took place parallel to the C!print at the Eurexpo in Lyon from February 6-8, 2018. The leading promotional products platform for France and Southern Europe was initiated by the organisers 656 Editions as Communiquez Textile! in 2008, later renamed CTCO and subsequently enhanced by the customising show C!print that is also organised by the Lyon-based publishing company. According to the official figures, 280 exhibitors from the promotional products and promotional textiles sectors presented their product portfolios. As such, the number of suppliers that increased by 74 first-time exhibitors to 280 in total in the anniversary year in 2017, remained at a constant level, as usual the level of internationality of the exhibitors was also high. In addition to numerous product highlights from the haptic advertising segment, the show also offered workshops and a lecture programme on current industry themes such as CRM and digitalisation. Furthermore, the visitors were able to admire textile trends in a fashion show and get to know 100 product novelties on a special zone called “Les Must”. Customising techniques such as screen and digital printing as well as embroidery were also demonstrated in the “Print Lab“. Those, who wanted to inform themselves about customising trends and techniques, were additionally able to visit the 250 customising specialists at the C!print in the adjacent exhibition hall.

The comprehensive offer attracted high interest among the trade visitors – there was plenty of hustle and bustle in the aisles, at the stands and on the special zones. The frequency of visitors only started to slow down on the second day of the event, due to the snow chaos in Paris. The exact attendance figure was not available at the time of going to press. A detailed report will follow in eppi magazine No. 122 (April 18, 2018).