D – Maximex Import-Export is celebrating its 25th anniversary. The line-up of the import company that was founded in December 1992 by Gerhild Spiegeler mainly comprised of lanyards in the beginning, then gradually further product groups of items that were produced to order were added to the portfolio. Alongside classics such as key straps, badges, magnets and microfiber products, own creations such as Reflectors to Go or the touchscreen glove Touch & Clean and extraordinary advertising messengers like Magic Sand and Wonder Dough make up part of today’s collection. 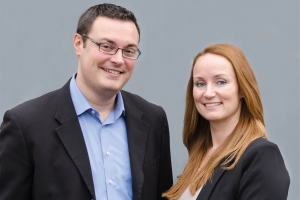 Managing Director Franjka Pleša and Office Manager Carlos Nogueiras have been steering the fate of the promotional products import company since the beginning of 2015. 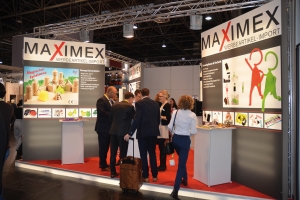 The redesign of the exhibition stand was one of the modernisation measures.

Maximex underwent a strategic turnaround in 2015 when the niece of the founder Franjka Pleša, who has been working for the firm since 2003, took over the management. The modernisation strategy included among others redesigning the company logo and exhibition stand as well as the development of a neutral short logo. The company’s revised website, on which a special campaign to commemorate the firm’s 25th anniversary can currently be found, also underlines the fact that the promotional products importer from Solingen stands for competent consulting, fast and reliable service and high technical know-how: The Maximex team is thanking its customers for their trusting collaboration throughout the whole of 2018 in the form of a product of the month that is regularly published on the homepage, each of which is available for a 10% discounted price for four weeks respectively. Anyone, who wants to automatically receive information on the anniversary campaign, simply has to register for the newsletter via the website.

The line-up ranges from classics such as lanyards through to unusual advertising messengers such as Wonder Dough.