PL – This year’s edition of the Marketing Festival/Print Festival was staged in the Polish capital Warsaw on September 13 and 14. As in the previous year the venue was the EXPO XXI event centre. In Hall 1 primarily suppliers of haptic advertising exhibit, including also several internationally operating generalists and specialist, but predominantly Polish suppliers of course. In Hall 3 above all printing specialists presented their machines and services. The event, which brings together various forms of marketing, printing and customising as well as the themes POS, packaging and digital signage, is organised by the publishing company, OOH magazine, which also releases diverse publications on this theme. 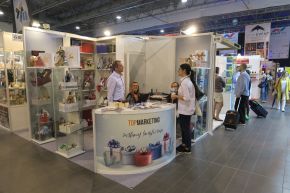 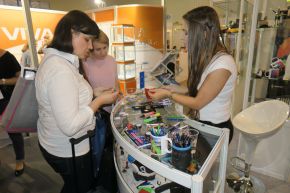 According to the official figures, in total 250 exhibitors participated. The event was well-attended and the exhibitors were pleased with the quality and quantity of the visitors. With an attendance of around 6,000 visitors (2016: 4,800 visitors) the organisers achieved a 20% increase in the attendance figure.

Like last year, in addition to the free seminar, training and lecture programme, there were also two fee-based congresses on the themes “Event Mix“ and “Marketing Mix”, which targeted agencies or users. Furthermore, prizes for outstanding haptic promotional products were awarded.