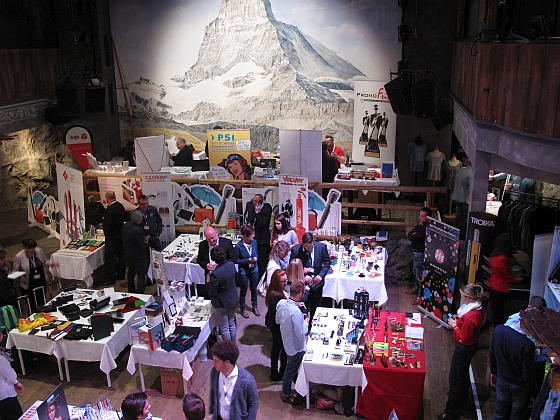 CH – It had been awaited with trepidation, this year’s promotional products trade show of the association of the Swiss promotional products industry, Promoswiss. Because the Promoswiss-Forum – PSF – took place earlier than usual in 2016, on March 10, already and also the location, the Alpen Rock House in Dietikon, was a novelty.

The anniversary edition of the PSF – it was the tenth event of its kind – was a great success. The quaint location, where 60 promotional products suppliers presented at simple tables, emanated rustic and – since the Matterhorn was omnipresent – alpine charm. “We are very satisfied,” confirmed Roger Riwar, Chairman of Promoswiss. “This year distributors visited us, who have never attended the show before.” The official figures also speak for themselves: 198 people from 105 companies took the opportunity to occupy themselves with the suppliers of haptic advertising and service providers and talk shop. The exhibitors praised the relaxed, family-like atmosphere, which also prevailed during the exhibitor evening on the eve of the show and at the concluding gala dinner.

Furthermore, the industry award, PromoFritz, was presented at the evening event after the Promoswiss Forum. Two days previously under the direction of the Promoswiss Secretary, Adrian Schmidhäusler, a jury comprising of five people examined the 45 entries to this year’s award at the Hotel Seedamm Plaza in Pfäffikon and selected the award winners. The trophies that are awarded in seven categories went to the following products or campaigns and companies: 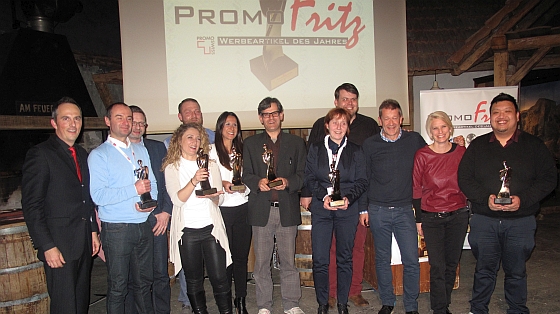 The association has announced a novelty for 2017: The prize will then be called the Promoswiss Award, the trophies themselves will nevertheless remain unchanged, as will the application and judging procedure.