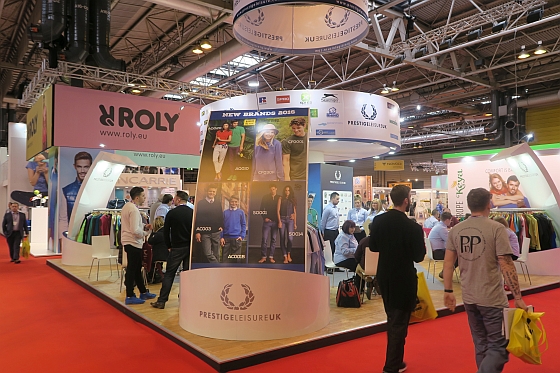 UK – From February 28 to March 1, 2016, Hall 12 of the NEC in Birmingham was dominated by promotional fashion in all its facets from A for anorak to Z for zip-up hoodie: According to official accounts, around 150 exhibitors presented their wares and fares at the 27th edition of the Printwear & Promotion Live! The relevant international textile brands were represented together with British wholesalers and small specialists – whereby the diversity of products ranged from basics such as T-shirts and polo shirts, through to niche items such as safety clothing and uniforms. The entire spectrum of customising technologies as well as the appropriate materials were presented – digital methods continue to be one of the clear trends. Suppliers of IT solutions and diverse promotional products suppliers rounded off the line-up of exhibitors. The show also offered an appropriate, well-frequented supporting programme comprising of specialised lectures, workshops and a fashion show.

According to official sources, more than 5,000 delegates (2015: 5,691) visited this year’s edition of the trade show that is organised by Datateam Business Media – which is also the publisher of the magazine Printwear & Promotion. The 28th Printwear & Promotion Live! will take place from February 26 to 28, 2017 at the NEC.