D – The Nuremberg Exhibition Centre was dominated by cuddly toys and dolls, parlour and card games, lifestyle and trend items from January 27 – February 1, 2016. At the 67th International Toy Fair, the world’s biggest and most important trade show for toys, 2,851 companies (2015: 2,857 companies) from 67 countries presented a wide-ranging programme and numerous product novelties. According to the organisers, the exhibitors particularly praised the growing order behaviour of the 71,000 trade visitors (2015: 70,084 trade visitors) from 125 nations. 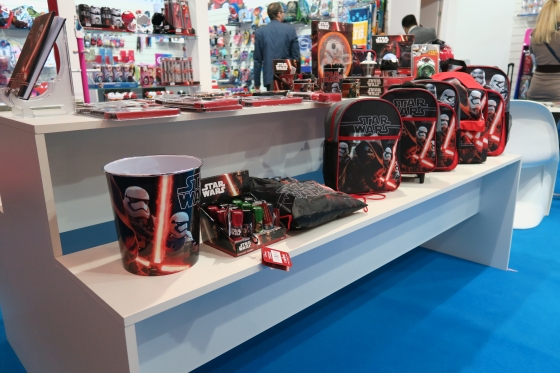 Licensing products spread out across all 18 exhibitors halls were a noticeable trend, which are mainly generated from the blockbusters of the film industry and popular TV series – from Star Wars, to the Minions, through to classics like Peanuts, Mickey Mouse and South Park. Furthermore, the TrendGallery offered a comprehensive overview of the industry novelties, which was divided up into the areas “Train your Brain“ (brain training for children), “Everyday Hero” (playful everyday heroes) and “Design to Play“ (toys as designer items). The ToyAward, which is conferred in four categories, provided an additional orientation for order and buying decisions. The next Toy Fair is scheduled to take place from February 1-6, 2017.