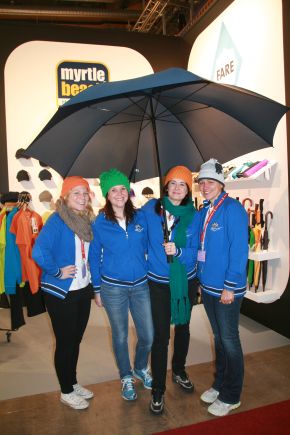 In the past, several companies from non-Scandinavian countries also exhibited at the PRomotion Expo.

S – The 24th edition of the PRomotion Expo will be taking place on August 17 and 18, August 2016 at the Svenska Mässan exhibition centre in Gothenburg. The trade fair for promotional products, which opens its doors directly after the Swedish summer holidays, is the meeting point for promotional products distributors and suppliers from Northern Europe and it presents trends and product novelties. The restaging of the PRomotion Expo means that a traditional event is returning to the trade show scene of Scandinavia. Up until the last event, the 23rd edition in January 2013, the show had been held in Jönköping.

The organisers are expecting the participation of around 140 domestic and foreign exhibitors as well as approx. 2,000 visitors a day. Companies interested in participating can obtain further information from Klaus Beyer, who is supporting the organisers in the D-A-CH area. Registrations and bookings can be placed by sending an email to klaus@beyergmbh.com.